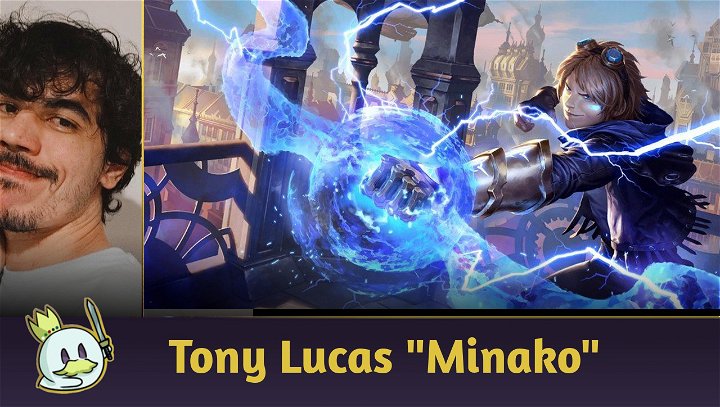 It's time to kill your curiosity and find out which champions the Balancing Team doesn't forgive when it's time to nerf!

Legends of Runeterra completed 2 years of existence in April and since the beta launch there have been a series of changes, including lots of nerfs and buffs to most champions in the game. And when the matter is

, the community always raises its voice to ask for weakening of those off the curve champions, which results in quite exciting debates. But do you know which champions suffered the most with nerfs since beta? No? Then you're in the right place, because I prepared a ranking to kill everybody's curiosity.

The ranking starts with the champions with the least amount of nerfs (2) and goes up till it gets to the champion who got the most amount of nerfs (5). I excluded the ones who only got one nerf, because it doesn't make sense to put them in a list which has the objective of bringing out the MOST nerfed - that being so, the starting point is 2, and as there are a lot of champions with this number, I won't explain their nerfs as thoroughly, but the next ones will have more explanations. Check out the ranking below!

Level up condition increased: From 12 attacking allies to 14. Flawless Duet: cost increased from 1 to 2.

Watcher instead of obliterating the opponent's deck, it now leaves 3 non-champion cards. Increase in the number of allies to make the Watcher cost 0: from 4 to 5.

Relentless Pursuit: from fast to slow speed and cost increased from 3 to 4.

Removed Overwhelm on Level 2 (Reverted). Make It Rain: cost increased from 2 to 3 (Reverted).

Anivia changed a lot since LoR's beginning. For starters, she couldn't block, had 4 power, her

didn't cause Nexus damage and for this champion to level up, you only needed to have Eggnivia alive at Round Start. That's right, it didn't need to be Enlightened. In the first patch notes in Open Beta, that was already changed. She began to level up when you're Enlightened and her incapacity to block was removed. With that, there also came a few nerfs: her cost increased from 6 to 7, Eggnivia had its life reduced from 2 to 1 and the champion also had her power reduced from 4 to 2. These 3 were the only nerfs Anivia got, after that she started to get some buffs: on patch 1.0, Glacial Storm started to deal Nexus damage; on patch 1.4, the nerf to this champion's cost was reverted, so she returned to costing 6 mana and in the end, on patch 3.0, she got buffs to her stats, becoming a 3/5.

Since he came to the game, on patch 2.1, Aphelios has become one of the strongest and most popular champions in LoR. With that, the community began to ask for nerfs and they came! The first was on patch 2.3 and was a not very impactful nerf: he had only one health point reduced, becoming a 3/2.

As this champion belongs to Targon, a region that offers many ways of protection, this nerf didn't lower his power. So, on patch 2.5 came the second nerf to this champion: his Lunari Weapons had their cost increased from 2 to 3. So that it wasn't so unfair, in this same patch, Gifts From Beyond was now costing 1. Still, the increase in the weapon's cost was enough for the champion to lose his popularity and fall into oblivion. On patch 2.11, trying to get Aphelios to see more play, Riot went back and gave the health point it took from this champion back, so he became a 3/3. However, there was still something missing for this champion to have his power back: the Lunari Weapons. On 3.4, the game balancing team reverted the weapons' changes, so they started to cost 2 again and Gifts From Beyond, to keep up with the change, had its cost increased from 1 to 2. Besides that, there was the third nerf to Aphelios, this being on the weapon Crescendum, which stopped bringing 2 cost allies from the deck and started to summon random 2 cost followers from your regions.

Ezreal was another one that caused a lot of trouble in LoR, mostly accompanied by Karma. But do you guys remember how he was way back there in the beginning? So, in the beginning, in his leveled form, when striking the Enemy Nexus, he created a fleeting Mystic Shot which cost 0. Yes, that's right! ZERO cost. Quite broken, isn't it? But already in the first open beta patch he was nerfed and the fleeting Mystic Shot started to have its original cost (2). Still, Ezreal in his level 2 form had a very powerful ability: he dealt 2 damage to the enemy Nexus when you cast any spell. That being so, to make Ezreal level up a little later, there was the second nerf to the champion: an increase to the amount of enemies he needed to target to level up. Before it was 8 enemies, and in patch 1.1 it became 10 enemies. However, leveled Ezreal still did the same damage, so in patch 1.14 came the third nerf to the champion: in his leveled form, instead of dealing 2 damage to the enemy Nexus when any spell is used, Ezreal only deals 1 damage. However, if you target an enemy, he deals the 2 damage to the enemy Nexus. To compensate for this nerf, the amount of enemies that needed to be targeted for him to level up was lowered: from 10 to 6.

All 3 of Thresh's nerfs were in the first patch notes from open beta, them being: 1)The Box changed from burst to fast speed and had a rework, becoming what it is now (before it was similar to the spell Spirit Fire) 2)He lost his ability to heal 1 when an enemy died. 3)His level up condition was changed. Before he only needed to see 3 enemies slain and after this patch, it became 6 units (being them enemies or allies.) After these nerfs, Thresh became what he is today, not having suffered any nerfs since then.

Kalista is another one that changed a lot. First, she had an ability when played, which was the following: I bound with an ally. It is granted +2/+0 while we are bonded. In her level 2, she kept this ability, but when attacking, she revived the bonded ally and brought it to the attack alongside her. Quite strong and befitting of League's Kalista, right? But unfortunately, this was all removed on patch 0.9.2 and Kalista became what she is right now: without any ability on level 1 and with her current mechanic on level 2. Besides that, in that same patch, there was a third nerf to the champion: an increase in the number of allies that she needed to see die. From 3 to 4. Some time later, on patch 0.9.4 they reverted this nerf and this went back to 3 allies. Finally, the last nerf that Kalista suffered on patch 0.9.2 was on her spell Black Spear. It had its cost increased from 2 to 3.

The record holder of nerfs couldn't be someone else, couldn't it? Because of her great power, Karma is always going through changes, regarding that any Buffs to her or even in other champions, mechanics and game rules, can make things get out of control pretty quickly. The first nerf that this champion got was on patch 0.9.3. Her spell Insight of Ages, lost its ability to create itself and started to create only other random spells. On patch 1.2, Karma had her cost increased from 5 to 6 (the nerf was reverted on patch 2.11). As for patch 1.3, double nerf: both Karma and Insight of Ages lost their ability to create spells from other regions and started to create only random spells from your own deck regions. In the end, the biggest nerf: on patch 3.6, with the Cast/Play changes, Karma was indirectly nerfed, as her main companions (Ezreal and Lux) no longer synergized with her, so, she stopped seeing play and was put aside till now. In that same patch, there was a buff to the champion, as a way to compensate for another nerf. Now Karma level 2 also creates random spells.

It was confirmed that on patch 3.10, Karma will be changed and can synergize again with Lux and Ezreal, so it is quite possible that this champion will start to see play again and show up in the meta. In case she gets too much off curve, it is probable that she gets one more nerf and will keep her ranking here on top. What do you think about that? Were the Karma nerfs deserving? Is she really off the curve? Which other champion can be nerfed to the point of surpassing Karma in the most nerfed ranking? Tell me everything in the comments section! All information to build this ranking was taken from the Legends of Runeterra Wikia. 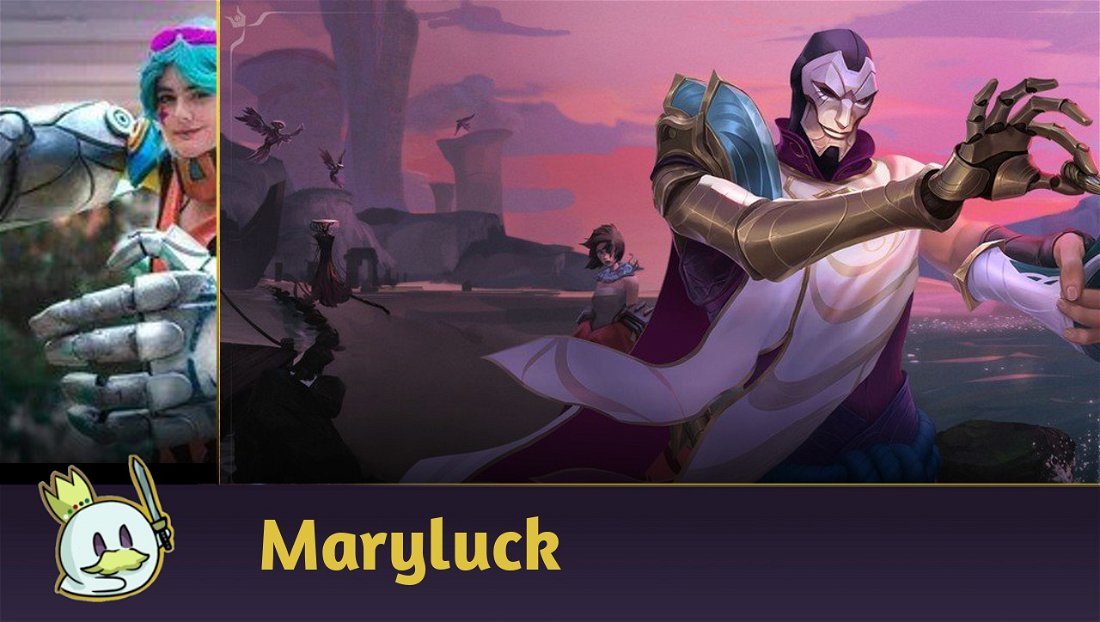 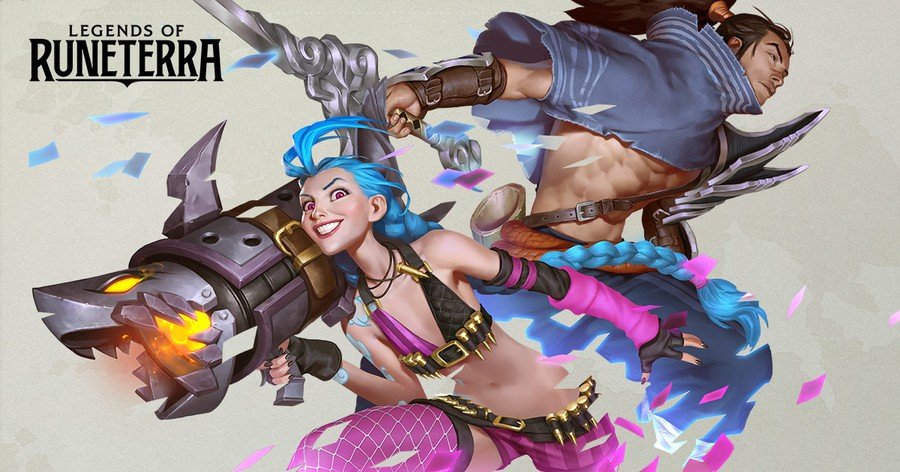 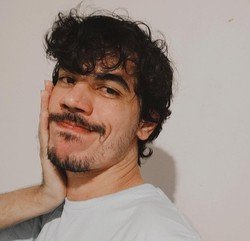 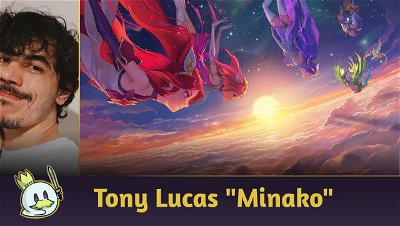 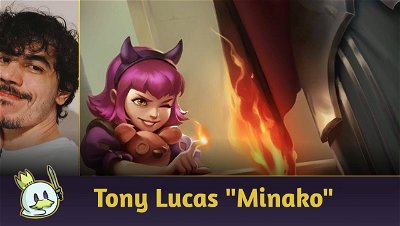 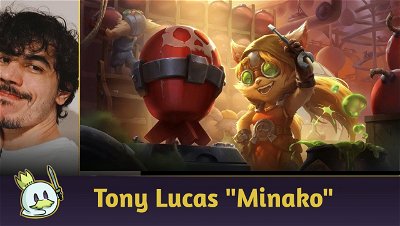 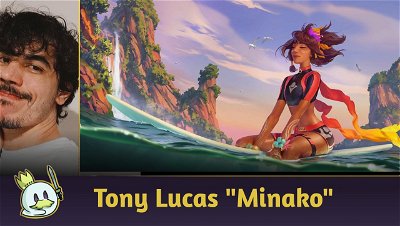